Sometimes newborn photo session make me nervous because they are unpredictable. So when I arrived at Conrad’s parents house, I was relieved to hear that he had cried the whole morning so now he was tired and ready to be photographed. Parents out there, any way to plan for this for your next newborn photo session? 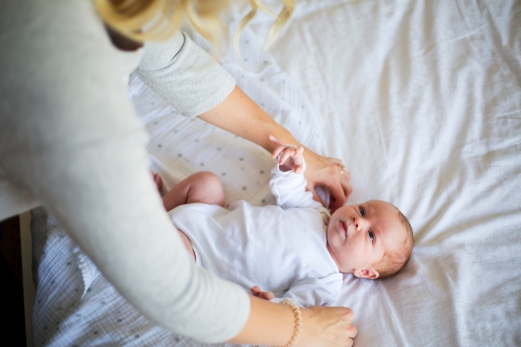 Conrad’s mom said she wanted a minimalist life-style shoot. In the past, I’ve depended heavily on props or unique locations to engage children or make interesting pictures. So this was a stretching moment for me, but in the end, I liked it! There is nothing to distract from family interactions and the sweet moments they shared.

We shifted him to different positions, held him, passed him around, and he still stayed asleep 90% of the time.

This next picture with baby and big sister was tricky. Big sister didn’t want to cuddle Conrad, and when I loomed over her with the camera, I became scary. So with the help of Mom and Dad, we laid her on the bed and held a laptop playing her favorite movie above her so she could watch while lying down. Then slowly we shifted Conrad closer to her, and like a sneaky hunter in the wild, I moved in – watching and waiting for the perfect moment. That’s what I call a parent-photographer team.

Mom has a beautiful, contemplative smile.

Some behind-the-scenes of what daddy-daughter were doing in the meantime. Even though it doesn’t seem like anything big, I can imagine this being a cool thing to remember: “Remember how “Sing” was your favorite movie? See! You made me watch it everyday!” 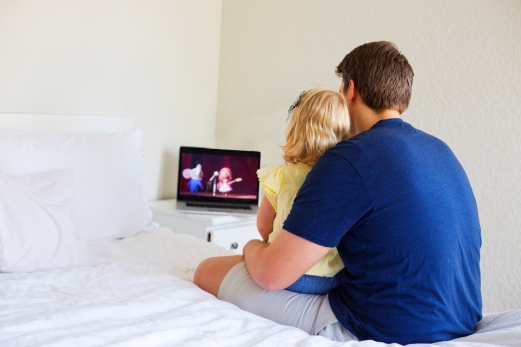 Mom was so good with engaging her daughter with Conrad. “Where are his feet?” she’d say. “Where is his nose?” Asking the parents on the best way to involve their children is something that I want to work on better in future shoots. The parents know best.

The love and closeness in their family is very apparent in their home. 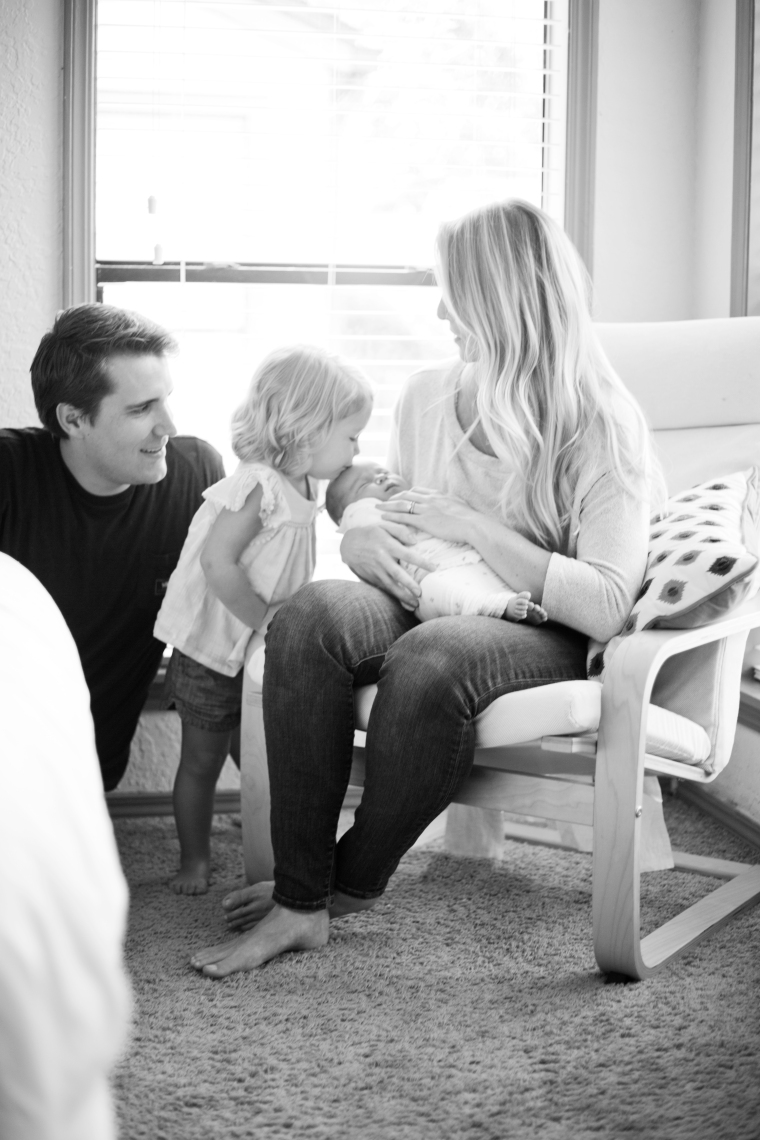 The last few photos of the session, I tried to use some of the props I had brought because I have a secret love of photos where babies are lying in layers and layers of texture rich fabric. Don’t tell my daughter that I cut off the bow-tie from her favorite teddy bear to use in this photoshoot.

Then, I tried to turn Conrad over and balance his chin in his two hands (I’d seen infants posed like that on other blogs), but that was too ambitious. He got shag fluff in his mouth and he started to cry – the sort of cry that I could tell it was all over. I felt so bad! Lessons, lessons.